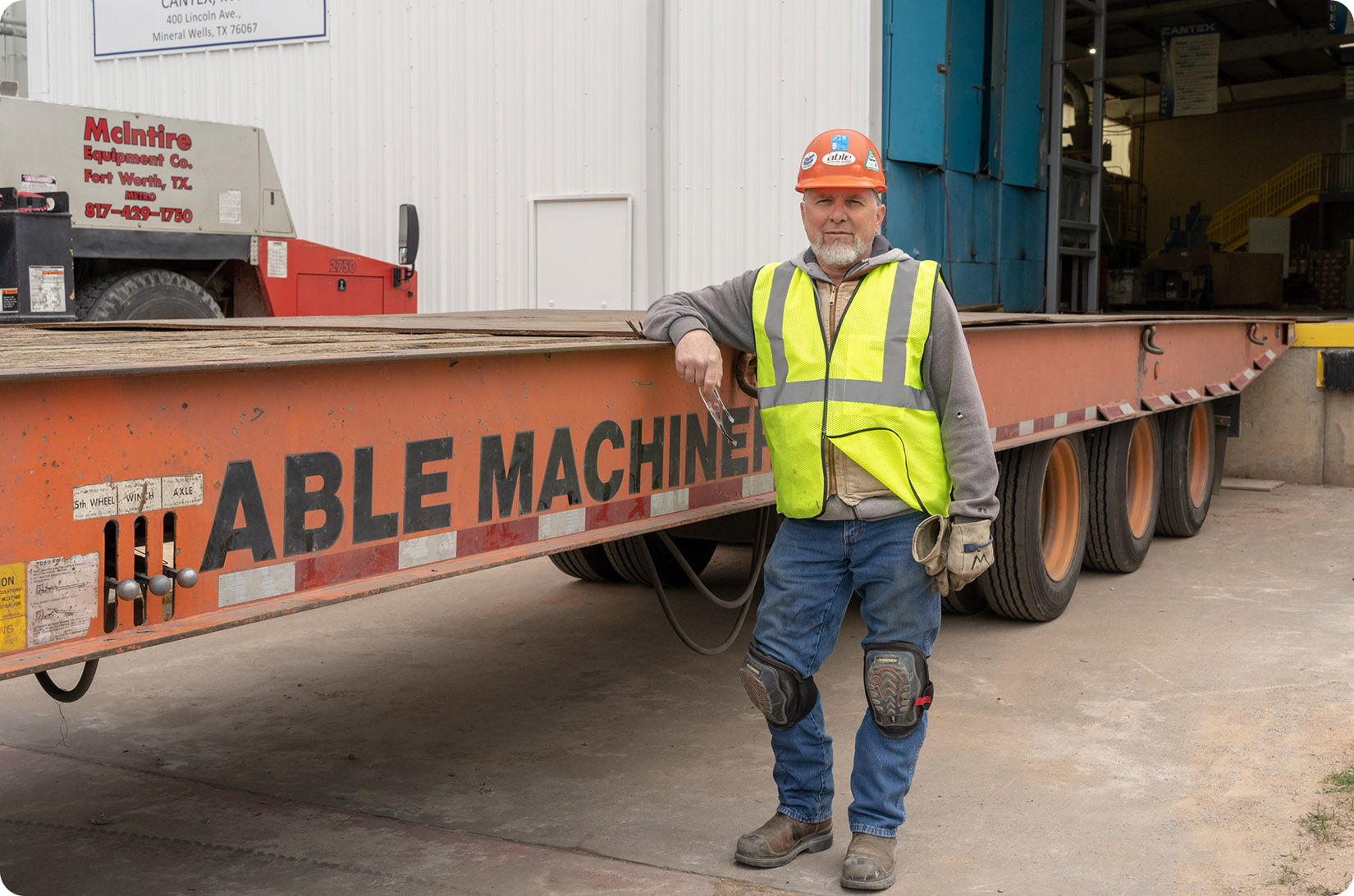 DALLAS/FORT WORTH, TX – Able Machinery Movers, a heavy machinery-moving and rigging company based in Grapevine, Texas, announced today several advancements within its leadership team to support and stimulate the company’s accelerated growth.

Founded more than 60 years ago, Able has expanded significantly in recent years. The company completed two acquisitions – Diamond E Rigging in 2020 and LL Rigging in 2021 – and broadened its geographic reach into the Austin and San Antonio markets while doubling the size of its team. Able’s president, David Krieger, who has led the company for more than 20 years, spearheaded these expansions, and he will now step into the role of vice chairman to focus entirely on the company’s strategic direction and growth initiatives.

“Able has reached an inflection point in its growth trajectory, and the company now needs dedicated leadership focus on strategic expansion,” said Mr. Krieger. “I am excited about Able’s future prospects, and I look forward to leading the company into its next phase of accelerated growth.”

“This is an exciting time for Able as we contemplate further acquisitions and other important strategic growth initiatives,” said Mr. Miller. “Dave’s leadership has brought the company to this point, and his oversight and direction as vice chairman will be key to unlocking Able’s potential for continued expansion.

Able also recently added Allan Frank to its leadership team as chief financial officer. Mr. Frank has more than 30 years of experience in financial management and most recently served as vice president and CFO of security and automation company HomePro Operating, LLC.

“Appointing a vice chairman for strategic growth indicates that Able has truly reached a milestone in its development,” said Satori co-founder Sunny Vanderbeck. “With Dave’s eye on strategic initiatives, and talented leaders like Ben and Allan managing operations and financials, we believe

Able is positioned to continue growing rapidly while providing the highest level of safe, specialized service to its customers.”

Based in Grapevine, Texas, Able Machinery Movers is a leading equipment-moving and rigging company serving commercial and industrial customers. Since its founding in 1957, Able has built a reputation for safely completing complex projects on time and within budget, and its customers rely on Able’s experience moving heavy machinery in areas with limited maneuverability, as well as its ability to work in sensitive environments such as data centers, clean rooms, and hospitals. Able has operated throughout Texas from DFW and Houston and in October 2020 opened an Austin location. Visit ablemachinerymovers.com for more information.

Satori Capital is a Texas-based multi-strategy investment firm founded upon the principles of conscious capitalism. Satori’s private equity business partners with leadership teams of companies with $5 million to $50 million of EBITDA that operate with a long-term perspective, commit to their mission or purpose and create value for all stakeholders. Companies interested in additional information should visit www.satoricapital.com.