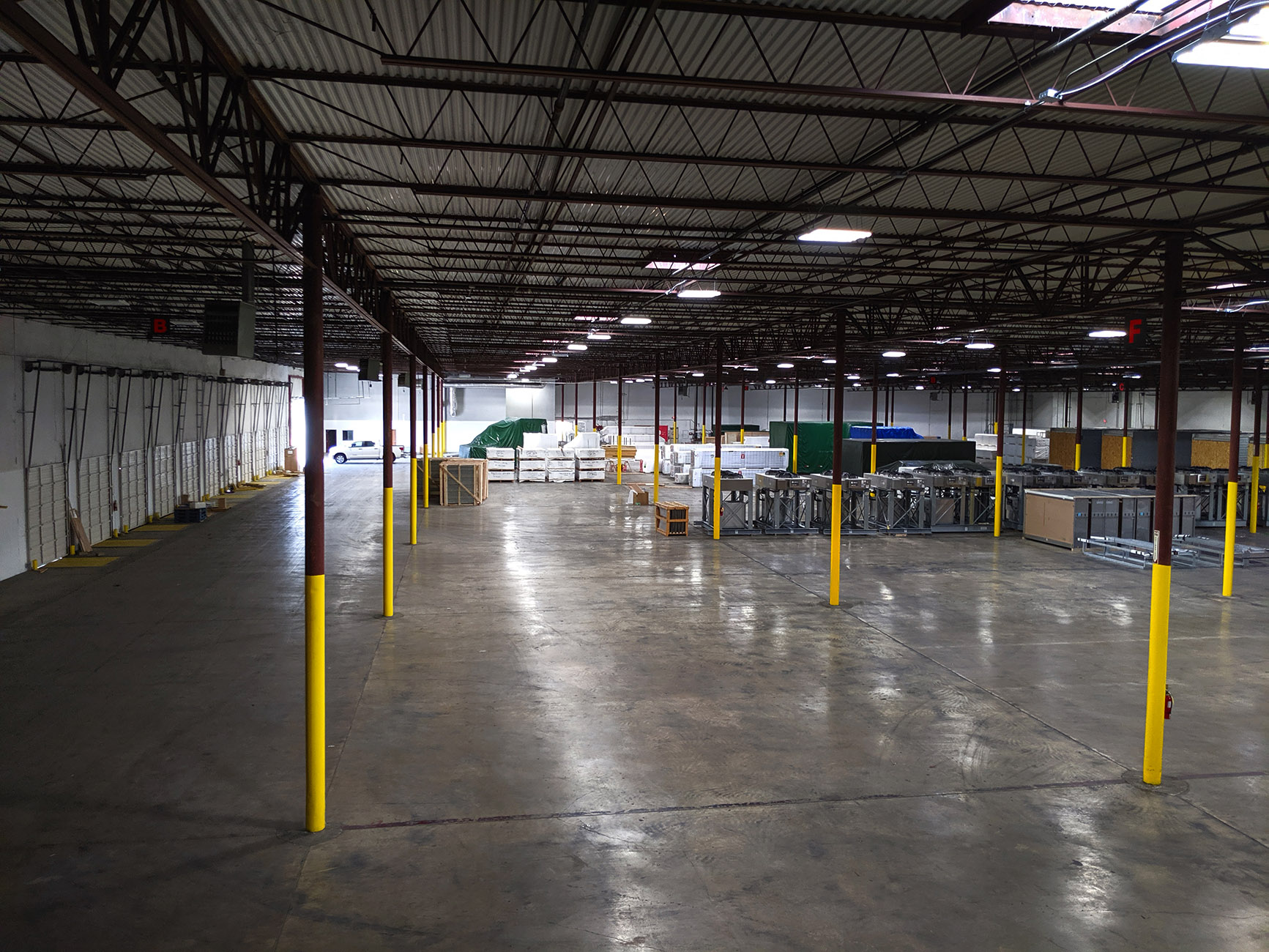 In the wake of the severe weather event known as Winter Storm Uri, Able Machinery Movers was able to quickly provide custom solutions to restore service to critical HVAC system components in a building that housed important historical artifacts and famous artworks.

Remove coil sections from an existing air handling unit (AHU) in a building where the Harry Ransom Center museum is located and replace them with a new coil section.

The Able Machinery Movers team faced several significant challenges: limited access to the building,  urgency due to sensitive items stored in the building and space limitations while working on the AHU.

Able Machinery Movers had to quickly conceive a custom solution for replacing the damaged coils and restoring the AHU to full operation. It took the collaboration of Able’s project managers, millwrights and riggers to quickly create a plan that involved cutting the AHU open for adequate access and using chainfalls to lower the new coils into place.

In February 2021, Texas was hit with an expected snowstorm. Winter Storm Uri, as it came to be known, blanketed the state with freezing rain, snow and ice that few were prepared to handle. Ultimately, the destructive storm disrupted power for 69% of Texans. With the power out for extended periods, the temperature within buildings and homes dropped below freezing.

All said and done, the Federal Reserve Bank of Dallas estimated Winter Storm Uri caused between $80 and $130 billion in damage. Part of that damage was sustained in the air handling unit (AHU) of the building where the Harry Ransom Museum is located.

During the storm, the coils of an SI Mechanical air handling unit housed in the building were severely damaged. Every copper knuckle of the unit busted due to the freezing temperatures and each coil had to be replaced.

Power had been restored once Winter Storm Uri passed, but the damage to the AHU remained and needed to be addressed immediately in order to fully climatize the building. The project required working under tight time, accessibility and space constraints. Able Machinery Movers was brought on the project to facilitate the process.

After facing such an unexpected storm, the reliability of an experienced company such as Able was paramount. Given the limitations and urgency, only a solution-oriented company with millwrighting and rigging expertise could handle the task of removing the damaged coils and replacing them with new components.

Simply gaining access to the building was a challenge due to the higher level of security that was required. The air handling unit is in the storage facility of the museum. At the time of the repair, the museum housed a Gutenberg Bible, Frida Kahlo self-portrait and Joseph Nicéphore Niépce’s heliograph The First Photograph among many other pieces of art and artifacts. The sensitivity of these valuable items necessitated the restriction of access into the building.

Once inside the building Able Machinery Movers was met with other obstacles. Space limitations around the air handling unit made the coil removal and replacement very challenging. The space allowance for replacing the damaged equipment was approximately ¼” on each sidewall of the AHU. This created extremely tight confines and the need for a creative solution to access the machinery and remove the damaged coils.

Able’s team worked with SI Mechanical in the planning phases to assure the solution would conform with the manufacturer’s plans. It was determined that the side of the AHU had to be cut open for adequate access. An access hole on the ceiling of the unit was created to mount chainfalls that could handle the weight of the unit and assist with lowering the components since these were stacked coils.

At every phase the Able Machinery Movers team executed tasks according to plan until the project was complete. The SI Mechanical team was extremely pleased with Able’s professionalism, promptness, creative problem-solving and ability to overcome the limitations and challenges that were put before them. 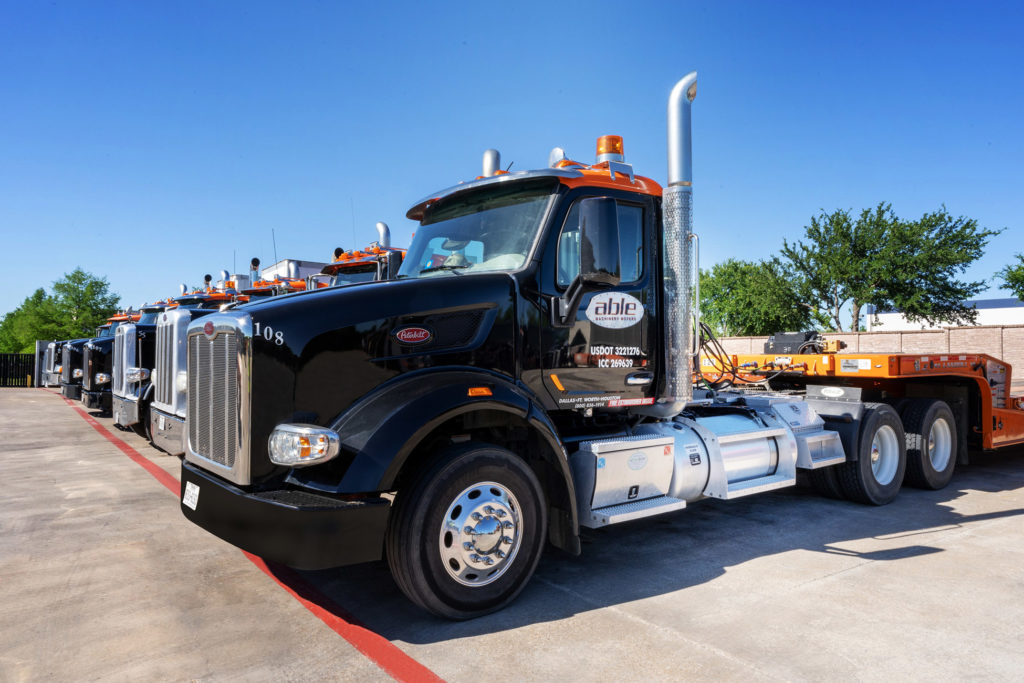 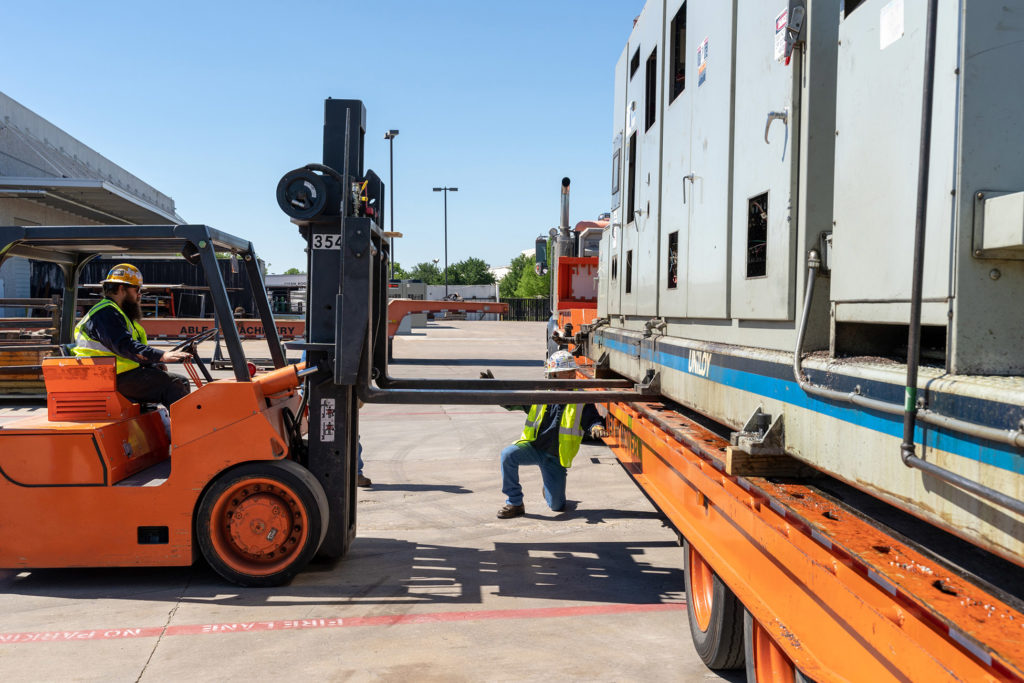 Want to know more
about our services?